Hong Kong’s freedom fighters are standing eye to eye with the dire realities of big government. Over the past few months, protesters have flooded the streets of Hong Kong, singing the “Star-Spangled Banner,” flying the American flag, and yearning for just a fraction of the rights that Americans possess.

These demonstrations present a stark contrast to those taking place in the streets of the United States, where America’s youth is naively promoting the same big-government policies that Hongkongers are so desperate to escape.

The series of mass protests launched when Hong Kong’s government proposed a bill that would allow extradition to mainland China. The bill has since been withdrawn, but the passion of the people has not ceased. The controversial bill acted as a catalyst for larger concern of problems that could arise by blurring the lines between Hong Kong and China.

While Hong Kong technically belongs to China, its distinct identity and structure have benefited the citizens of the special administrative region, who do not face the same infringements that the mainland’s laws impose. Removing the systemic barriers that set Hong Kong apart could result in its citizens being subjected to the same government overreach that has stripped China’s people of their basic human rights.

The threat has led to a list of demands from the Hong Kong protesters to their government, which included the withdrawal of the extradition bill, and also calls for an inquiry into police brutality, the release of protesters who have been imprisoned, and greater democratic freedoms for Hong Kong’s citizens.

Instead, American citizens are turning away from our founding principles with a misplaced sense of shame.

Hong Kong’s people have taken to the streets to fight for freedom — freedom of speech, freedom of the press, and freedom from the clutches of big government.

In contrast, young Americans are pushing for speech laws, media censorship, and increased government encroachment. Millennials have been misguided by career politicians who have presented big-government policies on a silver platter of false morality.

In 2018, an annual poll conducted by the Victims of Communism Memorial fund showed that more millennials would rather live in a socialist, communist, or fascist country than in a capitalist one.

The rights that are currently under attack in Hong Kong are ingrained so deeply in the foundation of our country that Americans have begun taking them for granted — allowing them to become an afterthought.

If we chip away at our rights, we risk ending up in a position similar to Hong Kong, trying to reclaim our freedom from the government. The difference is, we will have been the ones who willingly offered it up in the first place. We need to have a heightened sense of awareness when it comes to protecting our rights instead of an inclination to omit them.

The people of Hong Kong do not have the same privilege of overlooking their rights. They are fiercely aware of the rights they have — desperate to hold onto them. As police fire rubber bullets into crowds and tear gas peaceful protesters, citizens have looked to America as a beacon of hope, making the American flag a symbol of their resistance and flying it high with pride above the violent streets.

Americans need to look to Hong Kong as Hongkongers have looked to America and learn from the struggle and suffering that is taking place.

RELATED: President Trump's WTO Win Over the EU Is Great for America and Long Overdue

We must heed the warning of those who are risking everything in order to preserve their rights before we tumble down the slippery slope of government infringement.

We must stand against the threat of big government, both in solidarity with the people of Hong Kong, as well as on our own soil.

The views expressed in this opinion article are those of their author and are not necessarily either shared or endorsed by the owners of this website. If you are interested in contributing an Op-Ed to The Western Journal, you can learn about our submission guidelines and process here. 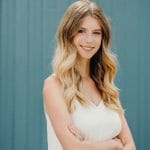 Alex Spencer
Alex Spencer grew up in Burlington, Vermon and spent many of her young adult years on the far-left. After moving to California and being exposed to different viewpoints and gaining a different perspective, she became a passionate conservative, working as a social media marketer, production manager and influencer in the political sphere. In 2019, Alex relocated to Phoenix, Arizona where she works as the influencer media administrator for Turning Point USA.
Hong Kong Protests Should Be a Wake-Up Call to Pro-Big Government Americans
Ellen Degeneres' Response to George W. Bush Backlash Gives Hope for Civility
See more...