A second delay in the trial for the man accused of killing University of Iowa student Mollie Tibbetts was approved Friday by the Iowa District Court for Poweshiek County.

Claiming that forensic evidence which came to light earlier this month is “critical” to their defense, Cristhian Bahena Rivera’s lawyers — Chad and Jennifer Frese — filed to move the Nov. 12 trial to a later date.

Twenty-year-old Mollie Tibbetts went missing on July 18, 2018, after going out for a run in Brooklyn, Iowa.

Her body was found a month later in a farm field southeast of the town where she went missing; she had been stabbed to death.

Just a Hawkeye with her hot guy ??

Trending:
The Opening of Biden's First Address to Congress Was a Massive 'Thank You' for Trump, But You'll Never Hear Him Admit It

Bahena Rivera, 25, was charged with first-degree murder on Aug. 21, 2018, after police said the illegal immigrant confessed to kidnapping Tibbetts.

“The search for Mollie is over, but the demand for justice has just begun,” Iowa Gov. Kim Reynolds said in a statement following Rivera’s arrest.

“As Iowans, we are heartbroken, and we are angry. We are angry that a broken immigration system allowed a predator like this to live in our community, and we will do all we can bring justice to Mollie’s killer.”

Despite his immigration status, Bahena Rivera’s attorneys believe their client was unlawfully interrogated by police.

A judge even awarded a $3,200 stipend to Bahena Rivera’s lawyers in March so they could hire an expert witness to help them prove their theory, according to the Cedar Rapids Gazette.

Bahena Rivera has pleaded not guilty, though if convicted, he could face life behind bars. 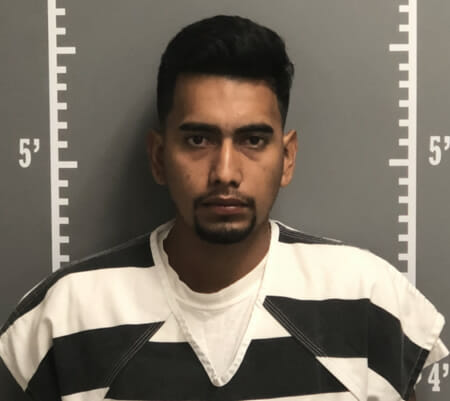 Cristhian Bahena Rivera, 25, faces a life sentence for his alleged role in the murder of University of Iowa student Mollie Tibbetts. (Iowa Department of Public Safety)

The initial trial date was set for April 16, according to the Des Moines Register, but it was pushed back to Nov. 12 to allow both the defense and the prosecution to analyze hours of transcribed interviews from the suspect’s arrest.

On Friday, however, the court approved the defense lawyers’ motion to delay the trial even further.

Related:
The Chauvin Trial: In the Aftermath of a Questionable Verdict, Chauvin's Case for Appeal Grows Stronger

The suspect’s lawyers believe forensic evidence released earlier this month by the State of Iowa Criminalistics Laboratory is “critical to the defense of Mr. Bahena Rivera.”