A Texas jury has ruled that Jeffrey Younger cannot prevent his ex-wife from carrying out a gender transition on their 7-year-old son, James.

According to LifeSiteNews, the Monday ruling that 11 of 12 jurors agreed on means Dr. Anne Georgulas, the boy’s mother and Younger’s former wife, has “full authority” to inject their supposedly transgender child with puberty blockers.

Along with puberty blockers, the Dallas jury’s decision also reportedly gives Georgulas free reign to introduce cross-sex hormones later on, if she so decides.

Lawyers for Georgulas have emphasized their client is not currently “seeking a medical transition, including puberty blockers and cross-sex hormones — a treatment that Younger is concerned will be given in the near future,” according to The Texan.

At the same time, Georgulas testified Friday that she understands a “social” gender transition is usually a precursor to a “medical transition.”

Monday’s decision came after much deliberation in a lawsuit brought by Georgulas against her ex-husband.

In seeking a greater share of the custody over the twins, Georgulas had alleged Younger’s religious and moral objections to the 7-year-old’s transition were hurting the boy and essentially amounted to child abuse.

It’s worth noting that an overwhelming majority of the compiled scientific literature suggests Georgulas’ proposed solution of allowing her son to transition usually has little to no impact on mental health and wellness outcomes in transgender individuals.

Regardless, Younger’s former spouse was not simply asking that that he “affirm” his son’s transition, according to The Federalist — though reportedly, the jury is essentially making him do that anyway.

Georgulas’ court filings reportedly also demanded James’ father be forced to split the cost of transgender-affirming therapy and any future chemical treatment, and attend a class on transgenderism, should he want to retain visitation privileges.

“I want you to imagine having electronic communication with your son on FaceTime, and imagine that your ex-wife has dressed him as a drag queen to talk to you,” Younger said on “The Luke Macias Show” in January, according to The Daily Wire.

“He has false eyelashes and makeup. His hair has got glitter in it. He’s wearing a dress.”

Related:
DeSantis To Sign Bill Banning Biological Males From Girls' Sports
Do you think parents should be allowed to sexually transition their underage children?
Yes: 0% (3 Votes)
No: 100% (684 Votes)

“Now imagine how you would feel seeing what I believe is actual sexual abuse,” the Texas father said. “I believe this is not just emotional abuse but is the very, most fundamental form of sexual abuse, tampering with the sexual identity of a vulnerable boy.”

“Every. Single. Day. You have to see your son sexually abused, and you have to maintain your calm,” Younger added, “because the courts are not going to be fair to you. And the only way you can survive this and get your son through this alive is to calmly allow your son to be tortured right before your eyes and outlast the opposition. That’s what it’s like.”

“They’re asking me to affirm a delusion,” he concluded.

And it’s a delusion Younger claims only James’ mother is having.

In fact, a 333-page dossier compiled by Younger, his friends and his legal team suggests James only goes by the name “Luna” at his mother’s home, The Texan reported.

The document details numerous eyewitness claims that James “refuses girl’s clothes,” engages in “typically male play” and introduces himself as a boy without pressure while under his father’s care.

According to LifeSiteNews, Dallas County Judge Kim Cooks will deliver a ruling Wednesday that sets up a child support plan and makes determinations regarding the remainder of the issues brought up in the lawsuit.

Sciascia first joined up with The Western Journal as a regular contributor of opinion in 2018, before graduating with a degree in criminal justice and political science from the University of Massachusetts Lowell, where he served as editor-in-chief of the student newspaper and worked briefly as a political operative with the Massachusetts Republican Party.

He has since covered the Barrett confirmation and 2020 presidential election for The Western Journal, and now focuses his reporting on Congress and the national campaign trail. His work has also appeared in The Daily Caller.

Lee Strobel Identifies Christian Revival Opportunity Nobody in America Is Talking About
From Skeptical to Saved: A Feature Interview with Author and Christian Apologist Lee Strobel
Biden Seems to Have Forgotten His Own Voting Record in Shameless Bashing of Reagan Policy
'Whitesplaining': GOP Rep. Burgess Owens Compared to KKK by Mainstream Newspaper
Eyeing Another Delay, Biden To Assure Sept. 11 Withdrawal from Afghanistan - But Vets Are Less Certain
See more...
Advertisement

Having been pitched a softball question posed by a reporter during a Wednesday news conference, the president wandered badly.

The Biden administration is holding a record number of illegal immigrant children as it looks for places to put them.

Old tensions between Britain and France are rearing their heads once again as a fishing rights dispute escalates to involve warships.

'While Trumpites gleefully performed belligerence on camera, Psaki’s tone is measured and warm,' the article says.

Following the science? It looks a bit like the Biden administration and their CDC were following the American Federation of Teachers instead. 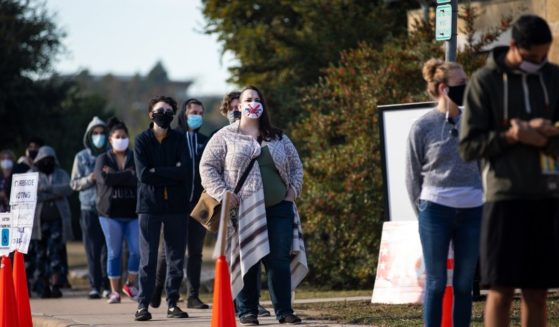 Texas would become the nation's most populous state to consider a new voting reform bill following the 2020 presidential election. 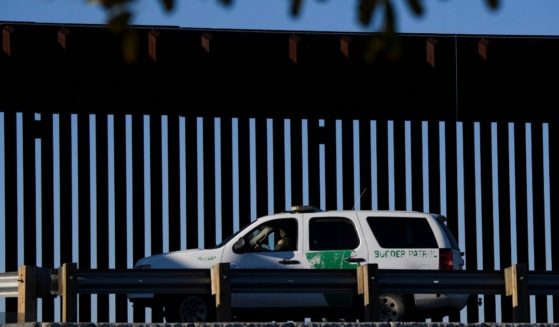 'That’s part of a signal being sent - that immigration enforcement isn’t a priority for this team,' a former acting ICE director said. 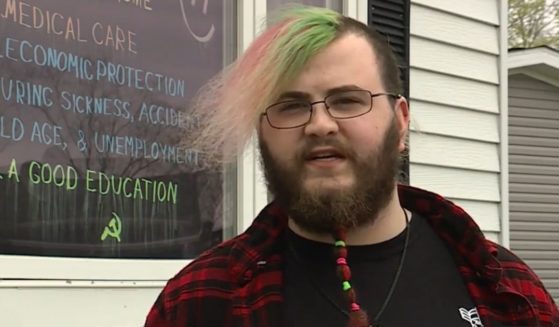 Childish and entitled behavior from the employees at a Dollar General store in Maine forced the store to close.