Suicide. I know of no other word by itself that triggers more alarm, fear and discomfort.

The rapid rise of death by suicide has shaken families, schools, churches and communities to their core. We have all heard the horrific stories of the 15-year-old who was bullied, the veteran who couldn’t take the traumatic memories, and the elder person who just wished the pain would end. These broken souls are all around us and are crying out for hope.

No matter how uncomfortable it may be to discuss, or however ill-equipped we may feel to reach those who are hurting, suicide can no longer be an issue that gets overlooked in the American church.

There is a suicide crisis unfolding in America right now, particularly in the younger generations, and it’s time for followers of Christ to take action.

In 2019 alone there were an estimated 1.38 million suicide attempts. On average, there are 130 suicides every single day. And most what’s most tragic? Each and every case represents an entirely preventable cause of death.

Enter 2020 and the COVID-19 pandemic. We witnessed a massive loss of jobs, economic uncertainty and stay-at-home orders — not to mention the rise of racial tension and political unrest that fomented as the year dragged on.

What if every church leader, volunteer or Sunday school teacher were trained to recognize the problem and risk factors of suicide, to respond to someone who is suicidal and refer them to professional help?

And what if those same church leaders also aspired to train every parent or teacher in their sphere of influence with the same skills? Imagine the hundreds of thousands of everyday Americans who would be better equipped to identify and respond to the signs of suicide.

This course is built around three critical stages that anyone can use to help prevent the horror of suicide.

Step one is learning how to recognize the problem, risk factors and warning signs of suicide. Step two is learning how to respond, by helping folks evaluate the level of suicide risk, ask critical assessment questions and respond with sensitivity. Finally, step three is understanding where to refer someone for resources on handling suicidal thoughts, and how to discuss some of those measures of prevention.

I recently read an important story on how the surge of student suicides pushed Las Vegas schools to reopen. The Clark County superintendent revealed that the youngest student who died by suicide was only 9 years old.

Related:
Op-Ed: Leftists Are Trying to Talk America Into Killing Herself - And It's Working

Stories like this rattle me more than any other crisis I’ve witnessed. We no longer have the luxury of assuming suicide only affects someone else’s community. It’s affecting every neighborhood, every demographic and people of every race, religion and creed.

Even if you don’t use our method, please take a moment today to educate yourself on some way to be a part of the solution.

It’s the most important thing you’ll do today. Someone’s life might depend on it.

The views expressed in this opinion article are those of their author and are not necessarily either shared or endorsed by the owners of this website. If you are interested in contributing an Op-Ed to The Western Journal, you can learn about our submission guidelines and process here. 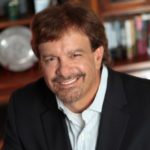 Tim Clinton
Tim Clinton, Ed.D., LPC, LMFT, is president of the American Association of Christian Counselors. He serves as the executive director of the James Dobson Family Institute and is the co-host of Dr. Dobson’s signature radio program, Family Talk. The author of more than 30 books, Dr. Clinton is licensed as a professional counselor and a marriage and family therapist.
@DrTimClinton
Op-Ed: The '3 Rs' Christians Can Use to Help Prevent Suicide in Our Communities
See more...
Advertisement

A stunning country ‘Sherlock Homes’ manor once owned by Sir Arthur Conan Doyle sits on a forested estate. Doyle bought the massive house in 1924 as a birthday present for […]

<img src="https://storage.googleapis.com/prod-zenger-storage/image/ed6f36fd-9464-44d8-9e70-c234ea8d4a75.jpg" alt="A hyena sits looking at the camera. Hyenas, wild dogs and cheetahs are disappearing from the African savannah, warns new research.  (Greens and Blues via Shutterstock).”> They are […]

Soccer, World Cup 2022 in Qatar, Iran – USA, preliminary round, Group B, match day 3 at Al-Thumama Stadium in Doha, An Iranian flag hangs over a backrest in the […]

Feeding a dog purely wet food could produce as much carbon dioxide as driving 30,000 miles a year in an average car, according to a new study. The authors said […]

A New Device May Prevent The Hooking Of Millions Of Sharks

How This Once Paralyzed Pup Can Now Walk Again

<img src="https://storage.googleapis.com/prod-zenger-storage/image/4dadd7e0-b056-421f-a608-7e501a7480f6.png" alt="Maggie’s owners are Megan Donoghue and Jacob Beesley. After receiving constant medical care, their pup ‘Maggie’ whose limb was paralyzed by a spinal stroke is now making a […]

Woman With Alopecia Who Had Double Mastectomy Shares Her Story

<img src="https://storage.googleapis.com/prod-zenger-storage/image/20221121/feat_6c0e1d13-ee1c-401c-b667-a8d2b14d1f7b.jpg" alt="Marisa Kimmel, who underwent a double mastectomy to prevent cancer, with her husband and son. PHOTO BY MARISA KIMMEL“> A woman who has alopecia and survived a double […]

Wearing A Mask Can Make It Harder To Recognize Faces

If you have a mask on, it can be harder to recognize faces, even if the person you’re looking at isn’t wearing one, a new study reveals. The study was […]